The first action: our Charity-TShirt for the Columbus Marathon in Ohio on 21.10.2018

Story.
We are five selected athletes who are allowed to take part in the charity run in Columbus for the city of Dresden.
For this purpose we have launched a T-shirt campaign to further underline and feed the charity idea!
There are altogether 10 personally printed and individual T-Shirts which we assign from 50€ / 50$ to the highest bidder.
Printed by yourself? That’s right. On the front and back are the logos of the streets of Dresden and Columbus printed,
on which we move our jogging shoes along. We have put all our artistic talent together
and the city manhole cover on the T-shirt.

Charity:
After the marathon in Columbus we want to auction the T-shirts to the highest bidder. 50% of the proceeds will be donated to the Nationwide Hospital for Childrens in Columbus and to Sonnenstrahl eV in Dresden.
The bid starts at 50€ or 50 US $. 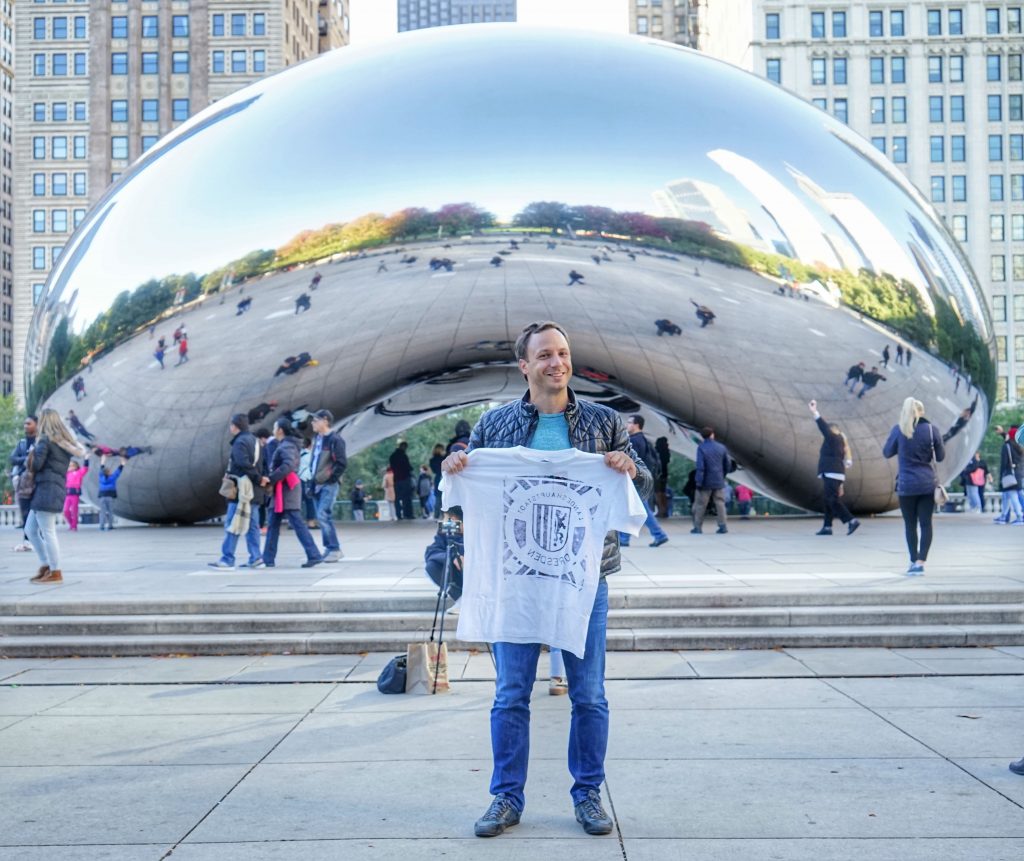 campaign-TShirt in front of the bean in Chicago

One Reply to “Charity TShirt @Columbusmarathon”

This site uses Akismet to reduce spam. Learn how your comment data is processed.